The image-driven firehose that is social media challenges the modern writer. I see some managing to do clever things with it, releasing aphorisms and motivational notes, and others just stupefied. Count me more often among the latter.
Not long ago, writer, blogger and ace self-marketer Shannon A Thompson  posted about her book teasers, single-image character bios she puts out well in advance of her book’s release. I can do that, I thought.
But I couldn’t. My efforts seemed both too much and not enough, and in retrospect I think Thompson’s style wasn’t playing to my strengths. I needed a way to put forward not just characters but the breadth of my story, and my own writing style, in bits and snippets – in a spirit of play.
I did have a great cover, thanks to artist Julie Duong, and my banner showed me that I could make an unusual concept work. Early one morning three weeks ago, trying to get back to sleep after waking too early, I suddenly saw these in my head. 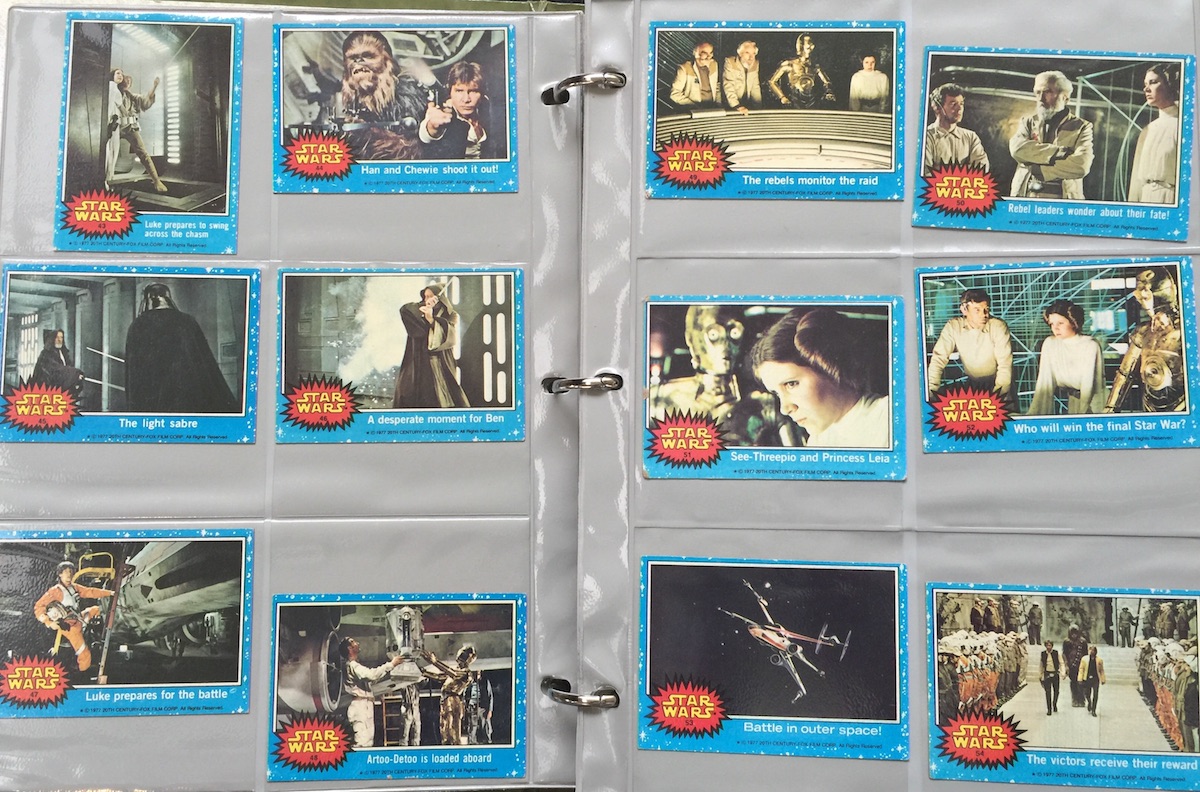 These are my own Star Wars trading cards from 1977 (I have the first three sets of 66, complete). What’s funny about them is that they only make sense if you’ve seen the movie – even in numerical order, they’re more like a trailer blown up into individual frames and fallen all anyhow onto the floor. I imagined what it would be like to read them without having first seen the movie…
The result debuts today on Instagram, and come out one a day between now and my mid-November book launch – 56 in total (7 x 8, a union of Western and Eastern lucky numbers). Here’s a sample:

I’m no artist, but I can run an image editor enough to add borders and fonts. I took Thompson’s great idea to use stock art for my character images – it helps that they’re mostly business people, and stock art sites are full of those – but I ran them through Prisma, the smartphone app that makes people look painted, which let me image the character’s personality, not just their looks.
For now they’re on my own Instagram account adobranski. Follow it and get a little literary oddness in your daily feed!